India Cricket Board announced England Tour an unusually big squad for the 5 Tests against England starting July, packing it with 6 fast bowlers though there was no place for Zaheer Khan. Other major talking points in the 18-man squad were the return of Gautam Gambhir, who last played Tests for India in December 2012, and the inclusion of Rajasthan's fast bowler Pankaj Singh.
Posted by Unknown at 6:21 AM 3 comments 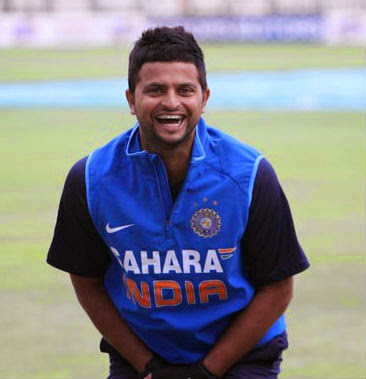 Suresh Raina, who was dropped for India's last ODI assignment - the Asia Cup -, will lead India in the 3-ODI series in Bangladesh in the nonattendance of MS Dhoni and Virat Kohli , Rohit Sharma, Shikhar Dhawan, R Ashwin, Ravindra Jadeja and Shami Ahmed were rested too. Robin Uthappa earned a expected national comeback, Wriddhiman Saha was called up to replace Dhoni as the wicketkeeper, and quite a few performers in the IPL got selected.
Posted by Unknown at 5:54 AM 1 comments

Virender Sehwag returns to form against MCC in Abu Dhabi 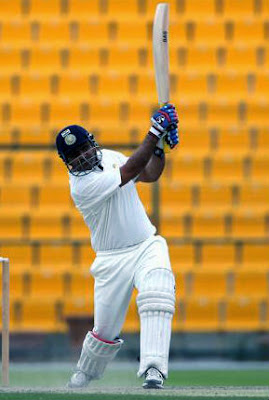 The former India opener made Virender Sehwag 109 runs off 97 balls, including a six and 18 fours, as MCC chased down a victory target of 224 in 51 overs.

England exile Samit Patel contribute a handy 48 as MCC eased to victory Daniel Bell-Drummond helped Sehwag take the score to 106 before the Kent batsman was caught and bowled by Scott Borthwick (two for 77).

India has become the youngest coach to appoint Dravid-said Gavaskar 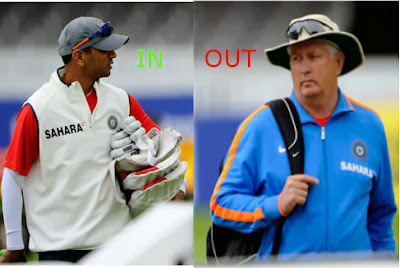 Previous Indian cricketers led by Sunil Gavaskar feel that Dravid could be the great candidate to replace Duncan Fletcher as India coach.

Rahul Dravid is one man who is much respected and is a successful captain having won a series in West Indies and England. When he speaks, the Indian players, some of whom are great stars, listen to him as they know how much training went into his game,” Gavaskar told a news channel on Monday.
Posted by Unknown at 8:49 PM 0 comments

After flounder in South Africa and New Zealand, India returned to their relieve zone the slow, low wickets of Asia. A match with the Asia Cup Series hosts was just the confidence-boosting workout India needed after being routed in South Africa and New Zealand. India Captain Kohli led the plan with a near-perfect 139 while adding a match-winning 213 runs for the 3rd wicket with Ajinkya Rahane (73), as India chase down 280 with an over to spare. 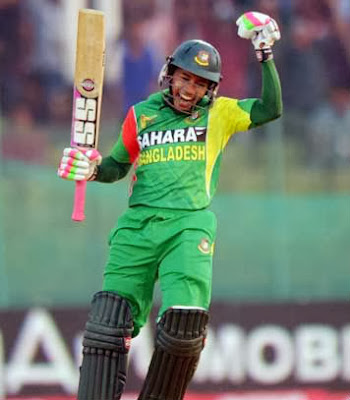 The score was set up by Mushfiqur Rahim’s excellent 117 and his 133-run stand with the wicket keeping opener Anamul Haque, who made a stroke-filled 77 taking the attack to India’s bowlers.

the pitch at the Khan Shaheb Osman Ali Stadium was as slow, low. There was no turn, no seam movement, just a hint of swing that irregularly caused deliveries to move sharply, but enough to considerably trouble batsmen.

Mohammad Shami (4 for 50) produced edges off the bat that flew through vacancies in the slips. Bangladesh could easily have been 50-5 had India grabbed those chances. Yet, Shami and Bhuvneshwar Kumar ensured a miserly start (36-1 in 10 overs) that you no longer associate with Indian bowlers. It helped that the opponent posed a lesser challenge.

Despite these theatrics, Anamul Haque went after Ashwin and Aaron in a fast ride to 50 runs. Aaron had a terrible day. Welcomed to the crease with 2 boundaries, he continued to bleed runs through the day. Anamul swung him for 2 sixes over long-on. Mushfiqur then hit the shot of the day – an easy pick-up over midwicket for six in an over that went for 19. 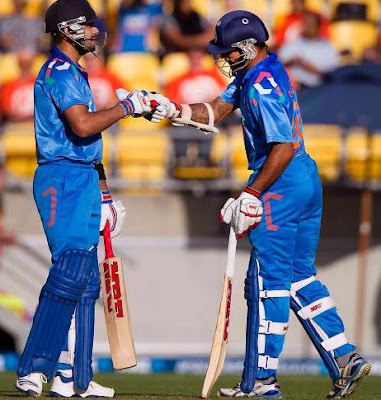 Aaron followed that six with a beamer to the Bangladesh captain who took it completely on the ribs. It was Aaron’s second waist-high full-toss of the day and he had to be taken off. Just to round off a bad day, Aaron hurt himself going for the catch that dismissed Ziaur Rahman.

Anamul slowed down after his fifty while Mushfiqur started to speed up. Their 133-run stand was full of clean hits: down the ground, through the covers, over the leg-side arc. But it always gave the feeling it wasn’t going to be enough.

Men of the match-Virat Kohli (India)

Raina out Pujara in Action for the Asia Cup series announced

India will play against Pakistan, Sri Lanka, Bangladesh and Afghanistan in the Asia Cup to be hosted in Dhaka and Fatullah from February 25 to March 8-2014. Ishant Sharma has been dropped from the Asia Cup and World T20 squads. Yuvraj and Raina have been named in the World T20 squad only.

Raina has paid the price for his patchy form in ODI, as the left-hander has been out of India’s squad for the forth coming Asia Cup to be held in Bangladesh. Pujara has come in the squad instead of Raina, while Ishant has been axed not only from the Asia Cup but also from the World Twenty20 squad.

Yuvraj and Suresh Raina are however, part of the World Twenty20 squad that was named on Tuesday. Stuart Binny, who played in only one ODI in New Zealand, finds a place in both the squads.

Suresh Raina and Ishant Sharma were part of the India squad that was thrashed 0-4 by New Zealand in the ODI series that preceded the ongoing Test series, but surprisingly, they are the only casualties of that humiliation.

Pujara has played only two ODIs, both against Zimbabwe in August 2013, where he had scores of 13 and 0 at the top of the order. Pujara, however, has an impressive List a record with 2947 runs (9 centuries and 18 half-centuries) at an average of 54.57 in 68 matches.

India played only one T20 International in 2013 - against Australia at Rajkot on October 10. Yuvraj blazed his way to a 35-ball 77* as India chased down the stiff target of 202 for the loss of 4 wickets and with 2 balls to spare.

India won the inaugural edition of the World Twenty20 in 2007, but hasn’t progressed beyond the Super 8 stage in the last 3 editions.

Mahendra Singh Dhoni's men will stay back in Bangladesh for the World T20 that opens on March 16. India has been drawn alongside Pakistan, Australia, West Indies and a qualifier in group two.